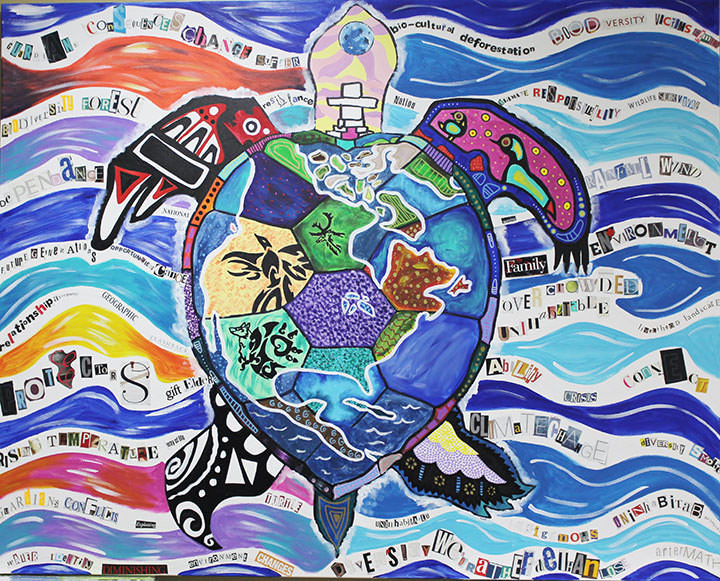 Only 15% of non-Indigenous Canadians are familiar with the history of colonization in Canada, the cultural achievements of Indigenous peoples, and some of the obstacles they face, such as racism and educational or economic inequalities, for instance.

- Translation of an excerpt from an opinion piece by Elizabeth Fast and Brenda Cleary in La Presse+, March 26, 2017

A series of dialogues to get to know each other, understand each other and reconcile with each other

Let’s Talk About Reconciliation is the title of a series of dialogues associated with the screening of a film made by an Indigenous artist, and organized by public libraries across Canada. This three-year project (2018-2021) is the result of a partnership among the Canadian Commission for UNESCO, the National Film Board of Canada, Library and Archives Canada, the Canadian Federation of Library Associations’ Indigenous Matters Committee, the National Centre for Truth and Reconciliation and your local library.

Strengthen relations between Indigenous and non-Indigenous peoples in Canada

The primary objective of this initiative is to encourage participation by Canadians who are not directly involved in the reconciliation process or who are not exposed to Indigenous history and culture. These cross-country dialogues aim to strengthen relations between the Indigenous and non-Indigenous communities by creating a space where the two communities can interact with each other in a spirit of openness and mutual discovery.

The idea of creating this series originated from discussions with Indigenous community members and other partners directly involved in the development of the 94 Calls to Action issued by the Truth and Reconciliation Commission of Canada.

Information lies at the heart of reconciliation. As both environments for preserving documentary resources and places where people can naturally gather, libraries can play an important role in reconciliation. For example, they can organize meetings, discussions and film screenings that can bring people together to jointly discover how to move forward.