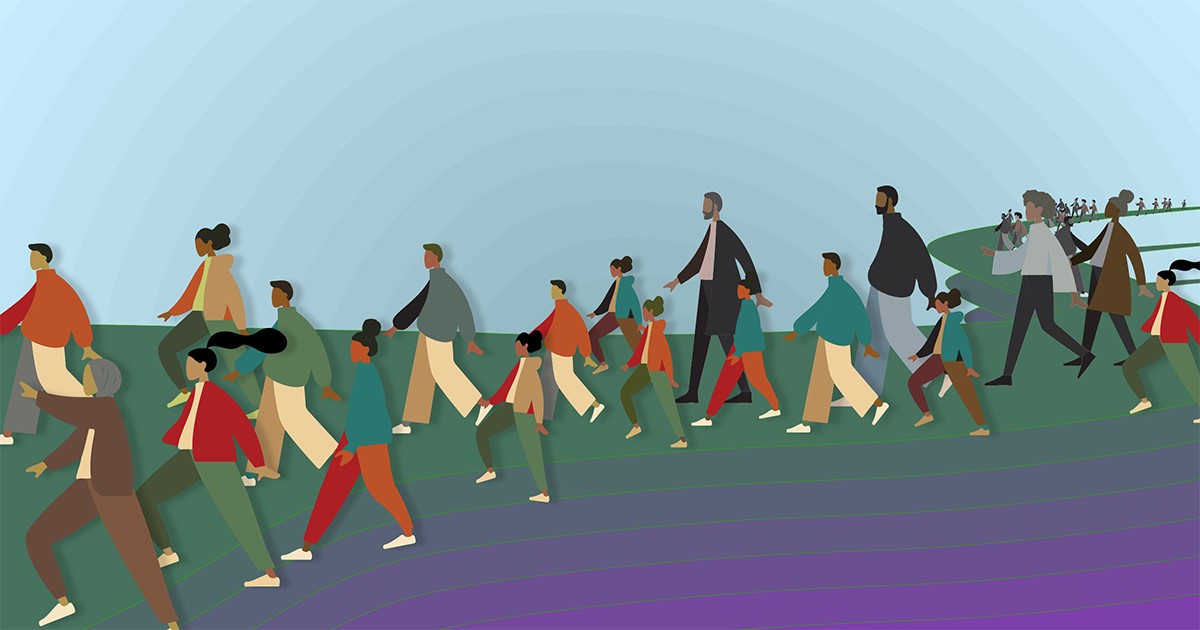 What we have learned

Our lessons learned in Canada related to education on reconciliation with Indigenous Peoples have been profound, empowering, and full of hope for our future. These lessons may well be universal paths to peace, respect and solidarity no matter our geography or circumstances. They remind us that:

A context for reconciliation in Canada

In recent history in Canada, the term “reconciliation” is most commonly associated with the work of the Truth and Reconciliation Commission of Canada (TRC) that officially launched on June 2, 2008 and held closing ceremonies on June 3, 2015 (delivering the final report on December 15, 2015). One of five components of the Indian Residential School Settlement Agreement (IRSSA), the TRC was a process through which survivors of the Indian Residential School system would educate all Canadians in their own words. The mandate of the TRC was “to inform all Canadians about what happened in Indian Residential Schools (IRS). The Commission will document the truth of survivors, families, communities and anyone personally affected by the IRS experience.”

In the broadest of terms, most Canadians consider reconciliation as the concept of repairing and rebuilding the relationship between Indigenous (First Nations, Metis and Inuit) peoples and non-Indigenous Canadians. Some Canadians chose what could be considered the path of least resistance, or of least personal responsibility. In their estimation the federal government and the churches that operated the schools are solely responsible to make right the historical, political and ethical wrongs of the country. Indeed, early steps were taken in this direction in the form of apologies delivered by the Prime Minister of Canada and the leaders of each federal political party on June 11, 2008. This was followed immediately by compensation made available to Indigenous Peoples, specifically those who were forcibly removed from their homes, families and communities to be placed in Indian Residential Schools. The Independent Assessment Process and the Common Experience Payment were designed to address for the human rights violations perpetrated against them in those schools. But we know that financial compensation is not enough and that countries, organizations, agencies don’t reconcile. People reconcile.

For the survivors of Indian Residential School who represented their fellow survivors in the negotiations of the IRSSA, the education of Canadians in the truth regarding their treatment, experiences and impacts, both direct and intergenerational, was of highest priority. That said, over the operational period of the TRC and beyond, the term ‘reconciliation’ has garnered more attention and debate than perhaps the actual processes that were established under the Indian Residential School Settlement Agreement.

One of the most common question posed in forums on truth seeking and reconciliation during the time of the TRC was “What is reconciliation?” followed closely by “How do we achieve reconciliation?” It has become abundantly clear that reconciliation means different things to different people. For some residential school survivors, it means reconciling with the facts about how the system evolved and why their families and communities were targeted in such inhumane ways by government and churches. Many intergenerational survivors of residential school cited a need to reconcile with the anger, bitterness and resentment that they had long harboured toward their survivor parents, for the pain that they had suffered as children. Most had no knowledge of the trauma that their parents had suffered and subsequently passed on to them.

For many non-Indigenous Canadians reconciling with the shock and devastation around our colonial history and who we really are as a country has been overwhelming. Some have responded with denial, others with shame and disillusionment. But a large portion of the population has chosen to take action for reconciliation: to learn more, to live differently; in essence to educate themselves for the benefit of all.

In a similar vein of looking toward authentic and unabridged education as a path to a more peaceful Canadian society, many Indigenous peoples maintained the mantra “Truth before Reconciliation”. Indeed, what is “truth seeking” if not education.

The Truth and Reconciliation Commission of Canada was certainly heavily focused on education, both formal and public education, to address the demands of survivors and the majority of Canadians who reported being completely ignorant of the Indian Residential School System that had operated officially for over 160 years in Canada. In the 94 Calls to Action released by the TRC on June 3, 2015, the Commissioners dedicated two sections of their directives specifically to education.

Calls to Action 6-12, Education, very pointedly called upon the federal government to address the education inequities that Indigenous, and more specifically First Nations, students face in Canada on a daily basis. Inequities including funding levels, relevant curricula, Indigenous language rights, Treaty relationships, and Indigenous participation in all decisions aimed at resolving these issues, at the family, community and Nation levels.

In a second education focused section of the TRC Calls to Action, Education for Reconciliation, there is a clear and direct alignment between Calls to Action 62-65 and the basic principles of Global Citizenship Education (GCED), a principle promoted by UNESCO. In these Calls to Action, the Commissioners call upon all levels of government to provide funding and to collaborate with Indigenous Peoples to develop Indigenous focused, mandatory education curricula, resources, and programs for all students across the country. Specifically, the Commission calls for “age-appropriate curriculum on residential schools, Treaties, and Aboriginal peoples’ historical and contemporary contributions to Canada a mandatory education requirement; curriculum and learning resources on Aboriginal peoples in Canadian history, and the history and legacy of residential schools; to utilize Indigenous knowledge and teaching methods in classrooms.”

This section of the Calls to Action sets out parameters and processes to facilitate action on these required changes including the calls for identifying teacher-training needs and to “provide the necessary funding to post-secondary institutions to educate teachers; establish senior-level positions in government at the assistant deputy minister level or higher dedicated to Aboriginal content in education; establish a national research program with multi-year funding to advance understanding of reconciliation with the goal of building student capacity for intercultural understanding, empathy, and mutual respect.”

The importance of education in the pursuit of reconciliation emerged more and more clearly as the mandate of the TRC unfolded. So much so that in the analysis of the 94 Calls to Action, in which only 2 of the 22 headings name education in their titles, one can identify education activities in approximately 80% of the actions identified in the document. As Truth and Reconciliation Chief Commissioner, Justice Murray Sinclair, has stated on many occasions, “education is what got us here, and education is what will get us out.”

The role of education in reconciliation in Canada

What better model of education to light the pathway out of such a dark legacy in Canada than that of Global Citizenship Education. The commitment and courage of classroom teachers has been key to answer the calls, not only from the TRC Commissioners, but those of survivors, families and communities, to seek truth and take reconciliACTION (a term coined by intergenerational survivor Stan Wesley, Cree from Moose Factory, Ontario). Many of these agents of change have accessed excellent education resources from the Legacy of Hope Foundation or their respective teachers’ associations, at a time when there were very few resources readily available to teachers. Many others created their own lessons, modules and resources as they learned alongside their students.

One such program, Project of Heart, began with a query from a student and grew to become a nationally acclaimed education programme that has provided a critical learning path for thousands of teachers and students in every province and territory of Canada. Ottawa high school teacher Sylvia Smith immediately recognized the importance of her student’s query about residential schools and took action to develop a brilliant inquiry-to-action learning initiative driven by her students. Smith then reached out to engage teachers and students across the country to join the movement.

There are several characteristics that make Project of Heart such an excellent example of how education not only supports reconciliation, but actually drives it. The fact that Ms. Smith developed Project of Heart through a responsive and engaging process of learning with her students is key. She facilitated the truth-seeking journey of her students, guided them with value-based markers, trusted them as active and responsible learners and empowered them to become the authors of their own narratives and agents of change. Together teacher and students created a step-by-step critical learning path that provided for -- in fact required -- place-based adaptation of the learning that positions students as players in the narrative of history and social change.

The Project of Heart inquiry-to-action learning journey is fired by each student’s desire for raw truth from which they can draw their own conclusions. Students’ pursuit of knowledge and understanding are derived from primary source documents, both survivor voices and little-known documentation crafted and held by governments and churches. As a tangible way to both acknowledge the truth and commit to action for social change, each learner creates physical representations of reconciliation in the form of small wooden tiles, each one to honour the life of a child lost to the Indian Residential School system.

Finally, and most importantly, students are challenged to undertake acts of social justice, things that they can do to make a difference, and contribute to achieving reconciliation in Canada. To bring the learning full circle, in a process of active and responsible citizenship and solidarity, students and teachers compile a compelling and concise blog post. They then submit the post to the keepers of the Project of Heart website, the now retired founding teacher Sylvia Smith and her family, to be shared on the public access site. The collection of posts inspires and engages other teachers and students across the country and beyond to seek truth and take action for reconciliation in their respective communities, situated within the territories of the original peoples of the land.

Reconciliation education is fundamental to a new way for people to live together on these lands, in justice and peace. Based in honest and courageous seeking of the truth, and tangible acts of reconciliation and social justice, it transforms students from mere learners to active changemakers. This is the heart of Global Citizenship Education, and it gives real hope for our future.

Charlene Bearhead is the Director of Reconciliation at the Royal Canadian Geographical Society and education advocate and activist in Canada. Within the context of the TRC National Events between 2012-2015, she coordinated the Education Days for the Truth and Reconciliation Commission of Canada (TRC). Bearhead served as the first Education Lead at the National Centre for Truth and Reconciliation at the University of Manitoba, the first Education and Programming Lead at the Indian Residential School History and Dialogue Centre at the University of British Columbia, and the Education Coordinator for the National Inquiry Into Missing and Murdered Indigenous Women and Girls in Canada.