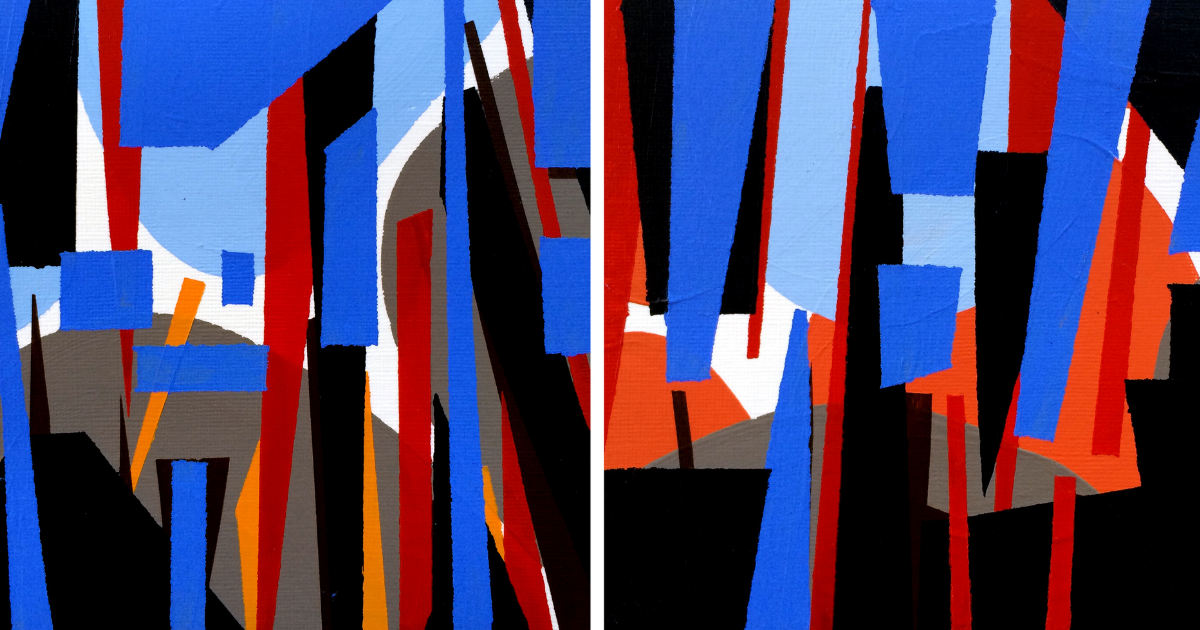 In response to the call for good initiatives from cities in the UNESCO’s International Coalition of Inclusive and Sustainable Cities network issued in March 2020, the UNESCO Chair in Urban Landscape at the University of Montreal (CUPUM) initiated a reflection on the impact of COVID-19 on public spaces in Montreal. The objective was to document the actions implemented during the Montreal lockdown phase (from March 13 to May 16, 2020) and certain landscape representations of this urban territory.

This analysis, based on a press review, has drawn conclusions on the public spaces of the Montreal urban landscape1 (e.g., street, park, commercial artery, side walk, bicycle path, metro) where issues pertaining to the COVID-19 lockdown have solicited the attention of the media, of certain non-profit organizations concerned with the subject and of the City of Montréal. This reflection was also an opportunity to interpret the views of press and professional photographers towards the Montreal public space.

Enhancing the value of public space; issues of mobility, proximity and homelessness

The results of the first part of the analysis (see p. 7) allowed assessing the importance of issues related to lifestyles and urban planning, to characterize and spatialize (map) public and social concerns about public space as well as to identify the key words used to describe the Montreal population affected during the COVID-19 lockdown. In addition, this analysis revealed a very marked interest in public space. The “street” and the “public park”  are the two main attributes of the urban landscape.2 We also consider the emergence of new attributes, namely the “health corridor” and “safe active lanes” that have characterized the development of Montreal’s urban space.

These urban attributes raise the issue of Montreal’s mobility during this health crisis. This period favoured “soft mobility” (known in the media as “slow mobility”) among Montrealers because of the slowdown in automobile flows, generated by teleworking and the difficult management of public transit. “Cycling” and “walking” have rapidly gained popularity in Montreal and the municipality seems to have seized the opportunity of this health crisis to expand its network of bicycle paths. Moreover, the qualifier most often used to describe “Montreal’s homo urbanus” is undoubtedly “the pedestrian.” This observation confirms people’s interest in “soft mobility” and, above all, in spending time in the outdoor public space during this period of health crisis. The street and the neighbourhood park, for their part, were revered antidotes during this period of lockdown in Montreal, confirming the importance of the local landscape.

On another note, the press review has raised a great deal of concern about Montreal’s homeless population, including their living conditions and how to accommodate them in public spaces. These places have gradually adapted throughout the lockdown by setting up “day centres”, “emergency shelters” and “drop-in centres”. 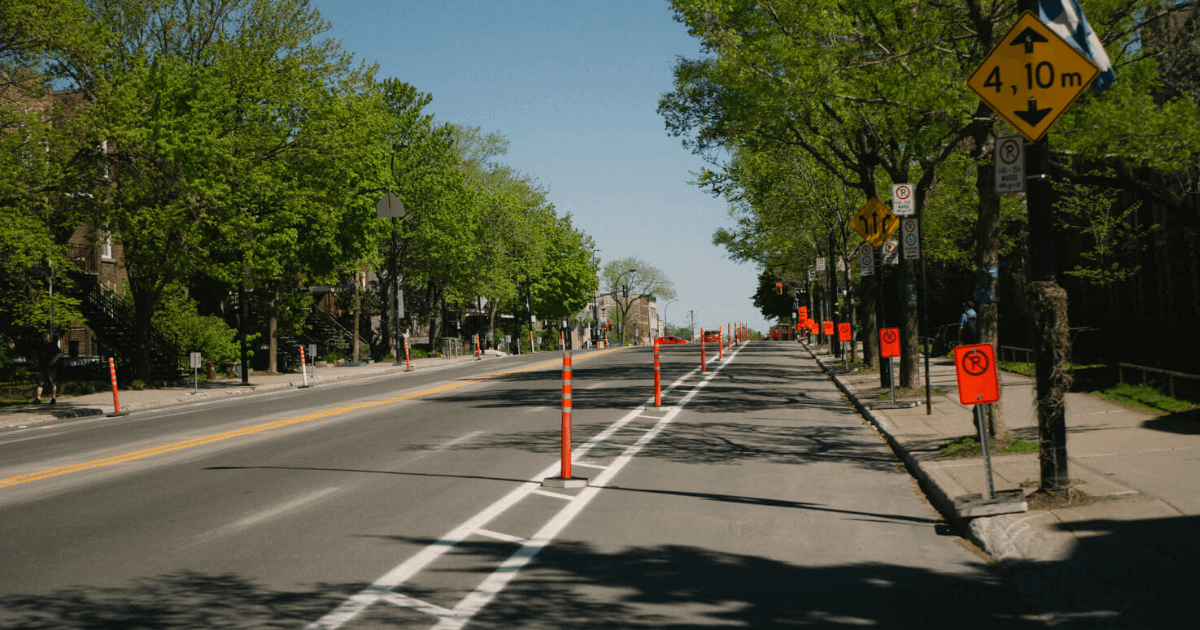 Strange Froots at "I was There!" Montreal Edition
Photo: Leila Dhore

Lockdown: a sad and sublime landscape figure of the city

The analysis of the photographic glances cast in the second part of the reflection (see p. 20), in other words, the visual framing of Montreal’s public space captured by photographers, provides some very interesting observations on the urban landscape experience in lockdown mode. Unlike the photographs that have documented the lively, warm and active daily urban scenes throughout history, Montreal’s lockdown presents a sad figure of the city. The photographic framing of the city’s images is void of urban life. The city is no longer alive, as currently reported in the photographic framing of several European cities under curfew in the second wave of the pandemic.

Montreal’s urban landscape thus reveals a simple (and sometimes majestic) architectural and urban scenery without actors. Despite the strong presence of light, photographers have portrayed Montreal as a “solitary”, “cold” and “frozen” city. This observation is more omnipresent since Montreal’s lockdown took place in an arid northern seasonal in-between (winter/spring). However, the interpretation of these frames revealed “sublimated”,3 “ennobled expressions” of the city in lockdown mode. For example, the COVID-19 health crisis demonstrated the strength and singularity of Montreal’s architecture (passages and building facades) and underground spaces under the harsh light of natural and artificial lighting. This lockdown transcended the beauty of the city, in that the expected4 and reassuring images of familiar urban ambience of life, color and warmth were absent. This photographic interpretation has also brought forth landscape expressions5 and impressions where the view towards the space of proximity is fragmentary while being closed in on itself and enamoured of solitude. 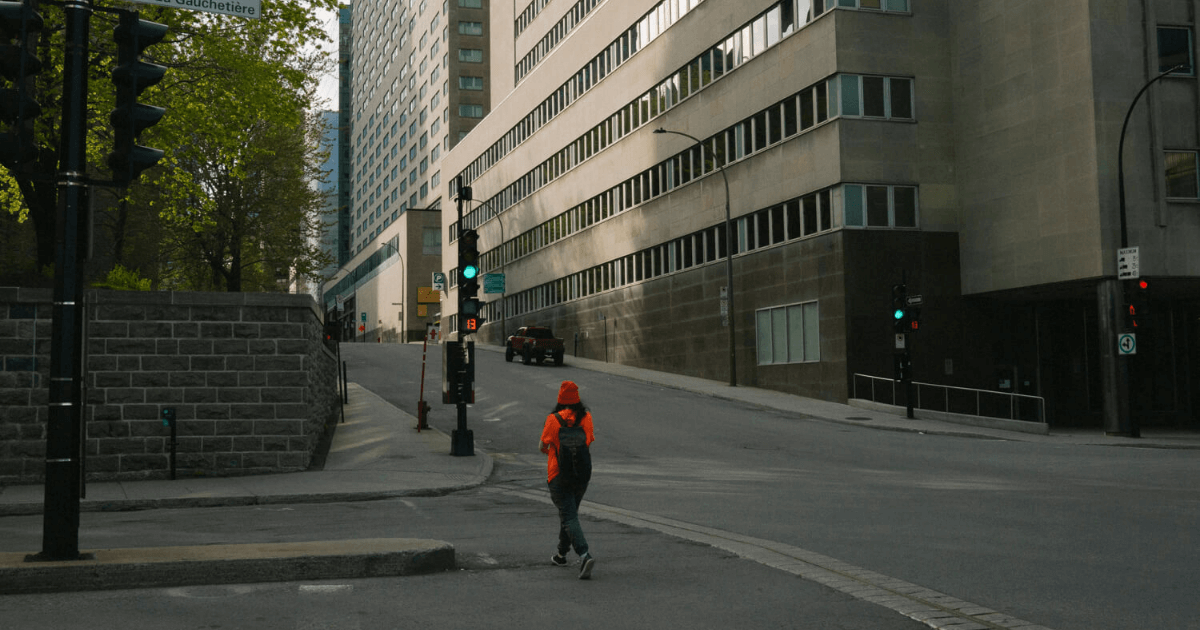 This reflection made it possible to identify the main issues and measures taken in Montreal during the lockdown phase in the spring of 2020. This Montreal documentation on public spaces and their social and cultural interpretation provides us with a comprehensive portrait of the issues at stake in the Montreal urban landscape, albeit with the limits of the analysis of a press review that can only be partial in the face of the experiences of a population and a society in health crisis. It is an overview that highlights the main social and political concerns of a confined urbanity. It has given us clues to promote new reflections and actions regarding the city and to apprehend the second wave of this pandemic. Thus, it leads us to question the economic, social, cultural and environmental impact of an urban lockdown as well as the viability of post-lockdown measures of COVID-19 in Montreal public spaces that seem to be moving towards a post-hygienic era. How can nature and the great outdoors in the city be promoted and made accessible to all? How can we reinvent public and private living space (transitory or not)? Or the street, sidewalks, parks, playgrounds, housing, businesses, workplaces and neighbourhoods? How should the downtown area be rethought to maintain its social, cultural and economic vitality? How do we redevelop meeting and gathering places to safeguard culture in the city? What will be the contours of an urban conviviality that fosters care? And more broadly, how will we rethink the sustainable future of cities in the face of the converging challenges (health, environmental, social, etc.) they face at the beginning of this century? 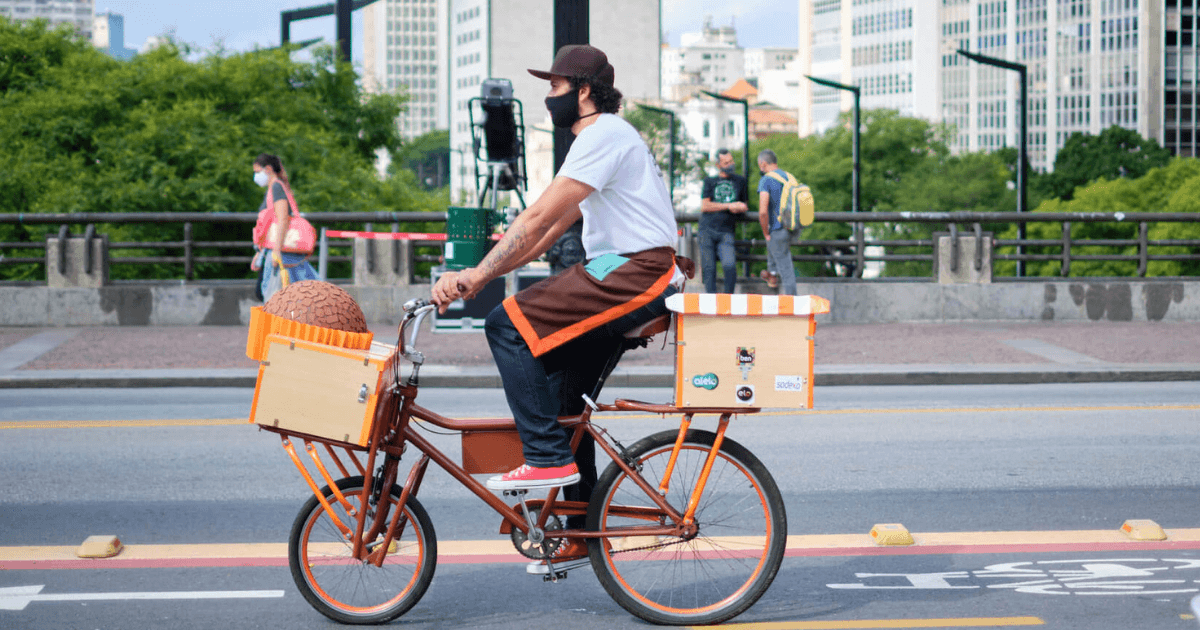 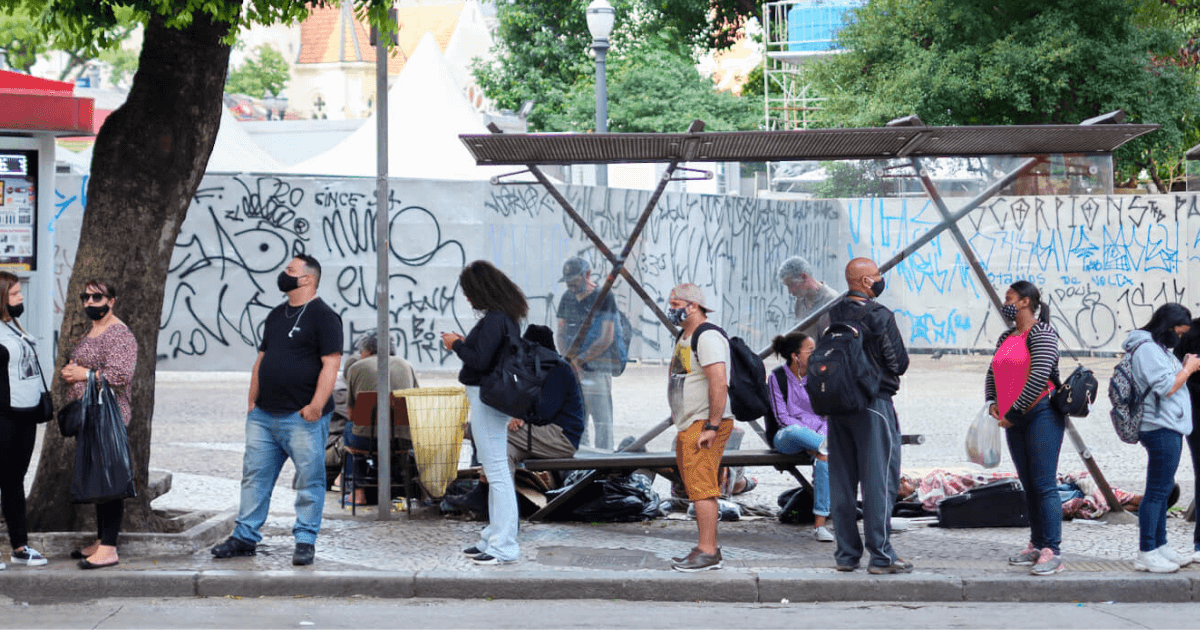 In the wake of our reflections on the lockdown in Montreal and to complete this reflection, we have called upon certain members of our international network of scientific cooperation. The responses we’ve compiled from experts from Fez, Mexico City, Montreal, Paris, Rome, Sao Paulo, Tokyo and Tunis shed additional light on the findings of our Montreal reflection. Their observations (in French only), revealing both singularities and strong similarities in the face of this health crisis, address problems related to urban density, isolation and social inequalities, psychological distress and urban well-being, the acceptability of health measures by the population and the exodus from metropolitan areas, among other aspects. The also concern attitudes of resilience, spontaneous solidarity, self-help and appropriation of new public spaces by the population, particularly at the neighbourhood level. These experts target needs such as implementing social assistance systems, psychological support, rethinking territorial planning to promote neighbourliness, social mixing and interaction, local services, soft mobility, proximity and experiential links with nature, in addition to reinventing public spaces to promote their social reappropriation. Several of the points of view also express the importance of rethinking the city through the idea of landscape, understood as an urban environment that carries the experience of a human scale and as a type of nature that is accessible and that expresses values such as belonging, caring, solidarity and social equity. This Montreal reflection and these observations from around the globe confirm the importance of a “tangible and intangible urban landscape” that is synonymous with an inclusive and sustainable urbanity. In a context of health crisis, such a perspective would above all contribute to the well-being6 and quality of life of urban populations.

2. Cityscape attributes are the physical constituents of public space, and thus the identifiable terms used to describe an urban environment.

3. The sublimated expressions evoke the unreal experience of an urban landscape where strangeness, emptiness and coldness, among other attributes, are its aesthetic qualities.

4. The expected views include the visual experience offered by the city through its topography, the height of its architecture, and its panoramas and lookouts.

Philippe Poullaouec-Gonidec, professor emeritus and title holder of the UNESCO Chair in Urban Landscape of the University of Montreal – CUPUM.

Note: The author would like to thank Chloé Lévesque (research assistant), Emmanuel Beaudry-Marchand (research officer), Sylvain Paquette (associate researcher — CUPUM), and the scientific partners of the CUPUM for their scientific contribution to the study “Montreal/landscape under lockdown – March 13 to May 16, 2020 - UNESCO Chair in Urban Landscape at the Université de Montréal.” The author is also grateful for the high patronage of the Canadian Commission for UNESCO (CCUNESCO) and UNESCO’s Social and Human Sciences Sector for this research initiative which benefited from their precious support.