A Sense of Belonging:
To what? And on whose terms? 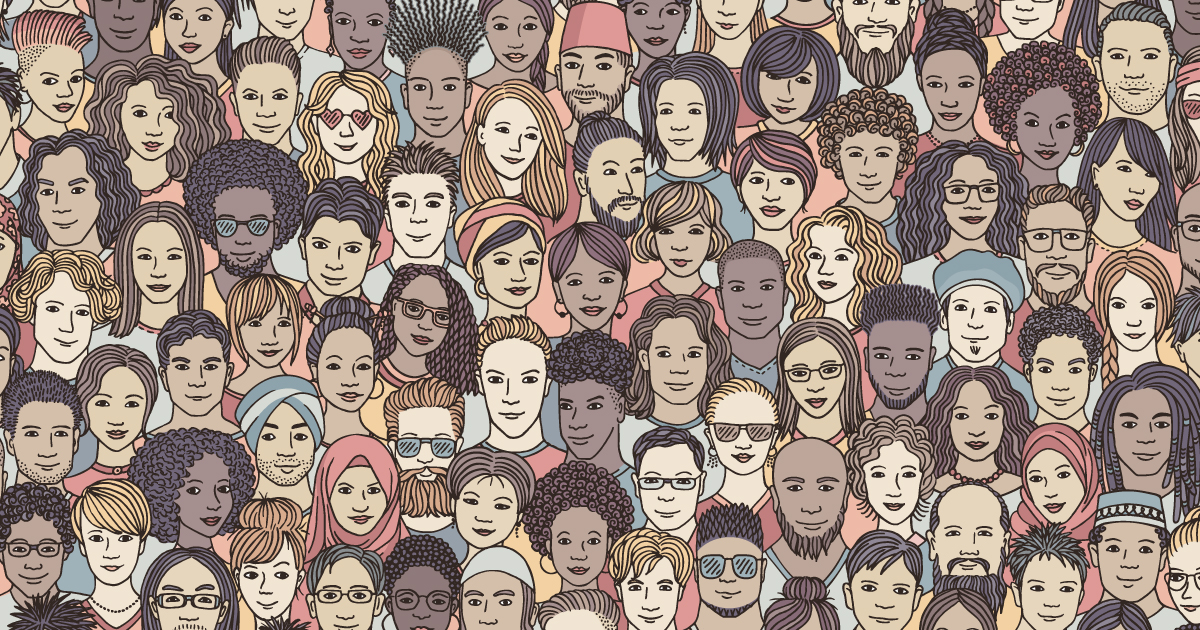 The question of ‘belonging’ is complex and crucial to Black individuals of African descent throughout Canada and the diaspora. What price can we afford to pay for ‘acceptance’ by others on their terms? What sacrifices are made in terms of our authentic selves to accommodate, work with, resist and seek to change the oppressive and damaging perceptions and actions of others? How do we understand ‘belonging’ in a systemically racist environment? What energies are needed from an already diminishing source, to withstand such pressures? How can we reimagine ourselves as arbiters of our own worth and creators of the knowledge, experience, skills and drive, to move forward on our own pathway on our own terms?

In 2015, Prime Minister Trudeau gave a speech in London, UK, titled “Diversity is our Strength”. He stated that “Canada has learned to be strong not in spite of our differences but because of them, and going forward, that capacity will be at the heart of both our success, and of what we offer the world”. Diversity is indeed our strength: culturally, politically and economically. However, pathways to such an aspirational goal are fraught with difficulties to overcome, and our history is littered with such examples. Indigenous peoples in Canada bear witness to past and current inequities in the provision and defence of basic human rights. “We need to acknowledge that our history includes darker moments: the Chinese head tax, the internment of Ukrainian, Japanese, Italian Canadians during the First and Second World war, our turning away boats of Jewish or Punjabi refugees, our own history of slavery,” the prime minister said. This series of failures to live up to our ideals must also be contrasted with those successes where our aspirations have--and still do--bear fruit.

Ta-Nehisi Coates, a formidable Black American public intellectual and commentator on the lived experience of Black people of African descent, writes about the wish to belong in a foreword to The Origin of Others (2017) by Toni Morrison, the eminent novelist and Nobel laureate. The book itself is about themes of race, borders, vast movements of people, what motivates people to construct ‘others’, and the use of terms such as ‘racial divide’, ‘racial chasm’, ‘racial profiling’, ‘racial diversity’--“as though each of these ideas is grounded in something beyond our own making” (ppX1).

Indeed, our society created such categories of race, then underpinned these categories with layers of declared knowledge, facts, theories. They were designed to confirm the humanity and worth of the creators of such alleged knowledge, at the expense of those to whom the labels are applied. Ta-Nehisi Coates argues that the invention of differences between categories, and the imposition of values placed upon such differences, has a purpose. This argument is developed further by Toni Morrison in her book.

What it means to be part of a ‘cultural group’, with ‘cultural gaps’ between your group and others, is not as clear as one may think. Culture is one of many groupings we may align ourselves to voluntarily or be assigned to by others. In Our Search For Belonging: How Our Need to Connect is Tearing Us Apart (2018) by Howard Ross with Jon Robert Tartaglione, Ross seeks to explore the “inherently social” qualities of human beings and why we want to bond deeply with some people and not others. He looks at why we feel more comfortable with people in groups to which we belong, and finds that “it creates a kind of bond that has us feeling safer and knowing what to expect, what is considered normal, and how to relate” (pp.7). Ross attempts to find out why human beings are so intent to live in and be shaped by the groups they identify with. This concerted introspection results in us living in differing realities. It draws us further and further into a group web. It forces us away from contact with, resultant understanding of, and identification with, individuals voluntarily associated or assigned to other groups.

Ross argues that the reasons we are so willing to be sucked into this group web revolves around a “need for belonging”: a need so strong that it is embedded in our DNA and drives us towards this goal of belonging even at the risk of intentional separation from others. How then do you create bridges across such bonded groups, so biologically wired? Is it even worth the effort? One can begin to see how difficult it is to create bridges across such social and cultural groupings. In addition to being biologically wired to be drawn to those who look like us and make us feel safe, there is the added element–some would argue the most influential--of the dominant group’s societal packaging of such social groups. This societal packaging selects one group over the other while providing and sustaining the infrastructure for its continuing hegemony.

Rethinking what it means to belong

Ross does concede that there are certain pathways to belonging that rest upon the belief that it is possible to create breakthroughs in human understanding that can increase our chances of belonging to others. This relies upon the acceptance of the reality of human behaviour and the biological and societal pressures, and the desire to work with this reality and alter its damaging impact. That does not mean we accept the biological and societal pressures as a given, a permanent presence, but that we recognise them as a starting point and then work out how they can be addressed.

Essentially, what is needed is a clear vision incorporating what we aspire to, to whom we wish to belong, and a reasoned understanding of why we are together. How do those individuals and communities caught up in the race categories imposed upon them by more dominant others, navigate through this cultural group web to claim some sense of belonging? In my home province of Nova Scotia, those of Black African descent who have been in the province for many decades, and more recent new immigrants of Black African descent, have developed ways of claiming such belonging but by differing pathways. Those of generational lineage largely see it in the sense interpreted by bell hooks in her book Belonging: A Culture of Place­ (2009), where concepts such as ‘ownership’, settlement, stability, sustainability, endurance, create generational links to an identifiable space (geographic, in the case of Nova Scotia, but not necessarily so in other instances).

In contrast, newer Black immigrants of African descent seek acceptance and belonging mainly through a quiet demand coupled with strengthening that demand by accessing formal education and the acquisition of required skills in the workplace. The newer Black arrivals of African descent are taking a different, observable route from the one taken by some of the generational lineage cohorts; this approach asserts that separation, segregation, and parallel existence are no longer acceptable and will not be tolerated.

True belonging in a diverse, equitable and inclusive society means being treated as equal to anybody else. It means having similar opportunities to aspire to and achieve what you set out to claim. It means having no imposed restrictions that fetter development based on spurious notions of origins and perceptions of difference. It means acknowledging that due to societal constraints, those with imposed impediments to acquire the tools necessary to achieve identified goals, are given the opportunity and the resources to possess them.

This connection, this co-dependency, is difficult for some thought leaders and decision-makers to understand and accept, let alone work to deliver on. James Baldwin (1924-1987) understood this by advising us that as Black people of African descent, “our energies should be devoted to understanding the way that a country and its society works. How to find my way around it, not get lost in it, and not feel rejected by it”. This demands that we have an awareness of our context-identity, our current social location, and the impact it has upon us. The next step is to work out how we can forge some way to deal with it. Our sense of belonging is conditional, reliant on ‘how we play our cards’. We decide, we choose, weighing up the pros and cons of how to play this, at times, lethal game.

Ta-Nehisi Coates conveyed this valuable lesson to his teenaged son in a letter to him, published as the book titled Between the World and Me (2015). The father tries to convey what it means to inhabit a Black body in a society that does not recognize your dignity and is determined to undermine you and destroy you.

There is nothing uniquely evil in these destroyers or even in the moment. The destroyers are merely men enforcing the whims of our country, correctly interpreting its heritage and legacy. It is hard to face this… Racism is a visceral experience…it dislodges brains, blocks airways, rips muscles, extracts organs, cracks bones, breaks teeth. You must never look away from this… And for so long I have wanted to escape into the Dream…but this has never been an option because the Dream rests on our backs, the bedding made from our bodies. I was sad for the host, I was sad for all those families, I was sad for my country, but above all, in that moment, I was sad for you. (pp.11)

This article is adapted from a keynote speech delivered in 2019 at the annual meeting of the Creole Heritage Association of Canada in Halifax, Nova Scotia.