The United Nations Educational, Scientific and Cultural Organization was created in 1945 in the wake of the Second World War, and Canada was one of its 20 founding members. UNESCO champions equity, peace and sustainable development by sparking and deepening dialogue among nations in areas such as education, culture, the natural, human and social sciences, and communication and information. It inspires cooperation and serves as a hub for the exchange of knowledge and ideas among its member states. In short, UNESCO’s mission is to build peace among people who are far apart—geographically and culturally. To do so, it relies on a network of 199 country-based National Commissions around the world to carry out its mandate locally and to act as conduits for sharing knowledge around the world.

In 2015, the United Nations adopted the 2030 Agenda for Sustainable Development, a plan of action for accelerating transformation around the world for the good of people, planet and prosperity. Agenda 2030 contains 17 Sustainable Development Goals (SDGs) to be achieved by 2030 that will inform the work of UNESCO and other UN agencies. These SDGs will contribute to sustainability in education, ecosystems, cities, consumption and economies while prioritizing health, equity, human rights and cultural diversity. 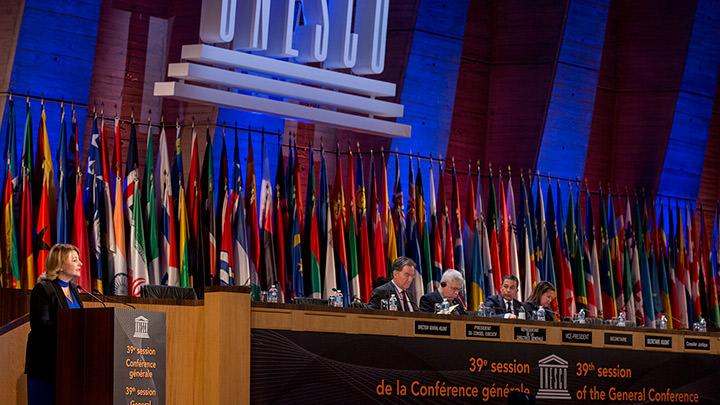